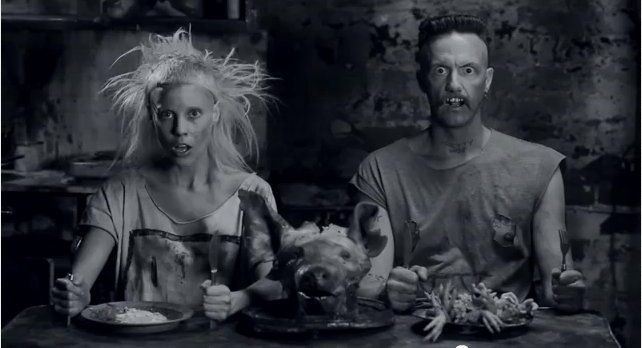 After all that initial hype, Die Antwoord never really happened, did they?

After they signed with Interscope in 2010, the Capetown hip hip group left before an album could be released, apparently because of a dispute. And I’ve been dying to see if they’ll make it once a record comes out, since I suspect they might be either too crazy, too novelty, too contrived or all three. I like them. But I think they’re pretty limited in scope.

Apparently we’ll get to see what happens soon, as their album, Ten$ion, finally drops as a self release on February 7. Here’s a new video for “I Fink U Freeky”… they might have a bit of trouble regaining that momentum.