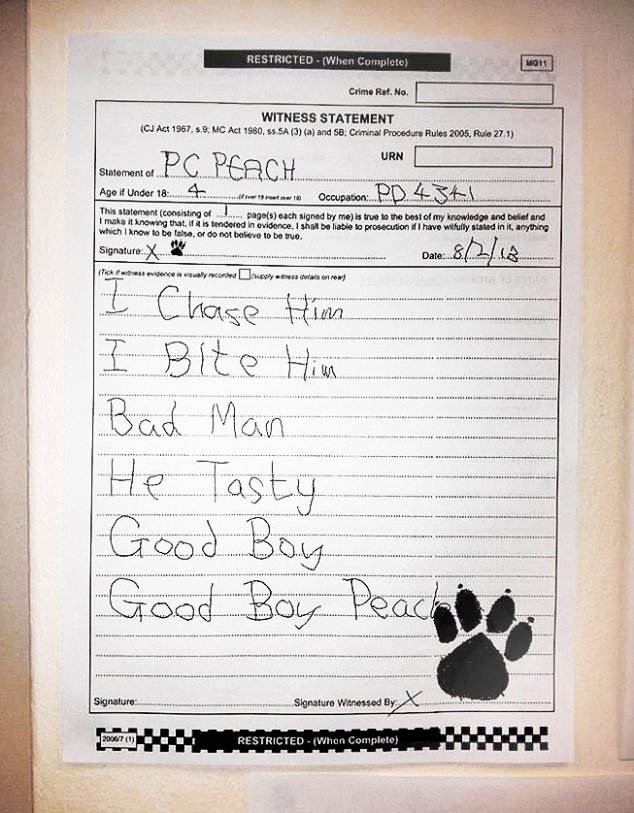 Prosecutors got no sense of humour.

Cops in the UK are under investigation for filling in a witness statement in the name of a police dog. The Daily Mail reports that the officers got frustrated after repeated requests for a statement from PC Peach, even though they’d already explained that Peach was a dog (an alsatian, apparently).

It was tacked to the wall at a West Midlands Police station and, of course, made its way onto Facebook, then Twitter.

Prosecutors are apparently not amused and are complaining that they’re being made the butt of a joke.

Sources apparently say the cops behind the joke are unlikely to wind up in the doghouse over it.

SEE WHAT I DID THERE?