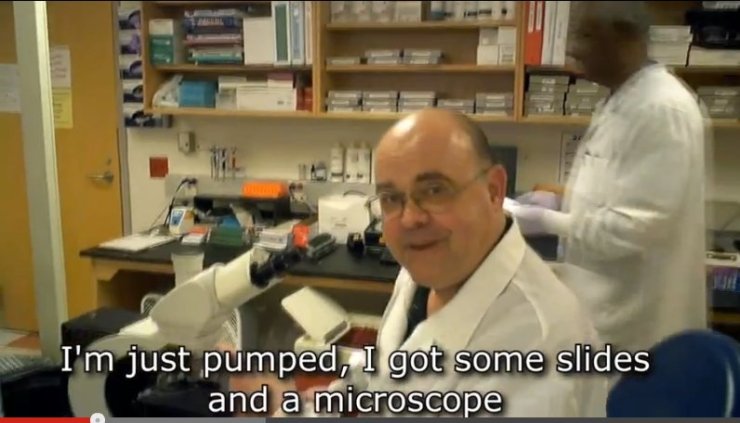 Bless me internets for I have sinned. It’s been almost six months since my last post. I had a baby. But I’m back now.

This group of fun pathologists from the University of Florida got in trouble for making and posting this video, a parody of Macklemore’s “Thrift Shop.”

The university, however, doesn’t love it, and it’s being called a potential “public relations disaster” by the Gainesville Sun.

A grumpy guy named David Guzick told the paper, “It was an unauthorized video that portrays inappropriate behavior in violation of the university’s social media policy…We will immediately investigate the matter and, based on our findings, take swift action to ensure the highest standards of professional behavior in all of our employees.”

What a shame. These people clearly like their jobs and have maintained their senses of humour despite spending their days hunting for diseases. The university should be proud.