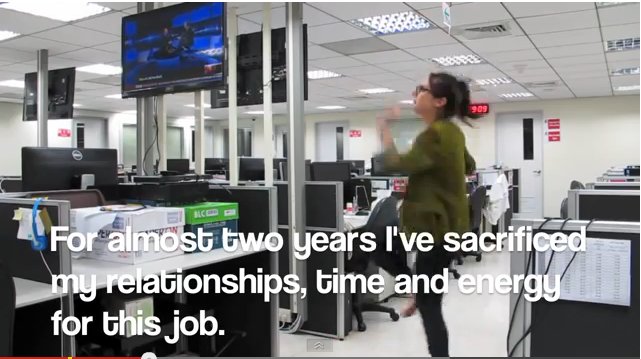 Here is a video a woman named Marina Shifrin made of herself dancing to Yeezy to let her boss know she is quitting her job. It will restore your faith, if not in humanity, then, at the very least in quitting. Look how happy she is!

I should have done this at this one gig I had but instead I waited around until my contract ran out, like a chump.

If I could turn back time I’d do this. I’d also not shave my head that second time and I TOTALLY would not date that tattoo artist. He was a dick.

UPDATE: The company, Next Animation, made a response video, dancing, showing off their rooftop pool, wishing Marina well and announcing that they’re hiring. Good times all around. That video is below the original.