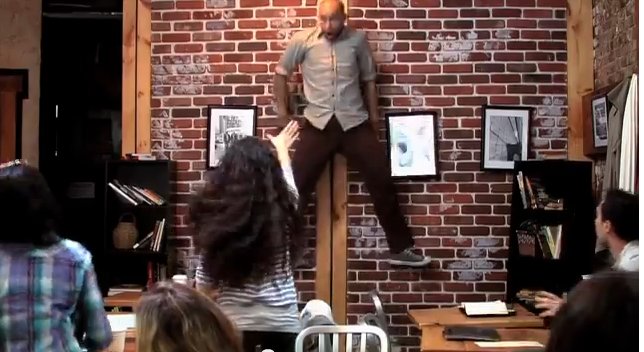 Check out this video of café customers getting pranked by a woman using her angry “telekinetic powers” to drag a guy up a wall, move tables and make books fly off shelves. It’s a brilliant promotion for a new movie, and I’m sure you can guess which one.

Clever as it is, I have to admit that if I was in that café, I’d be pretty pissed off, because I would have been absolutely terrified and I would probably have been holding a baby and YOU JUST DON’T DO THAT TO A MOTHER HOLDING A BABY! Gawd. Jerks.

In general I really do think these things, which are becoming really common, are cruel and horrible and possibly dangerous. I have images of someone having a miscarriage or something out of fear.

But this one is really amazingly well done, I just have to admit.