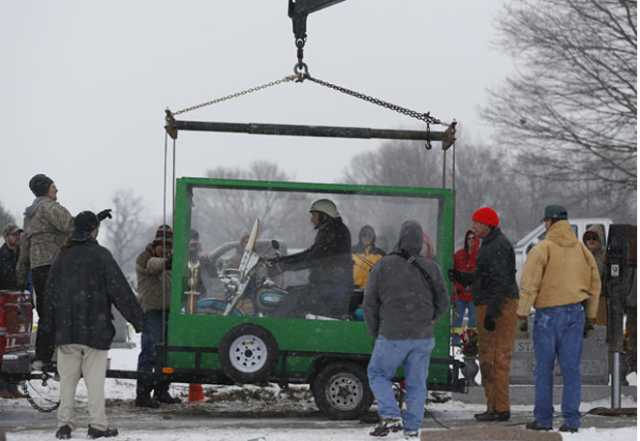 Bill Standley, of Mechanicsburg, Ohio, (a real place, apparently) died on Sunday, February 2, of lung cancer, at 82. And he was buried in a plexiglass and plywood casket, straddling his motorcycle.

The Columbus Dispatch reports that Standley started planning the send off 18 years ago. It was quite an operation, involving draining the bike of fluids, a specially designed brace to secure him to the bike, and an extra large grave (2 plots).

His daughter, Dorothy Brown, said “This was his dream.” 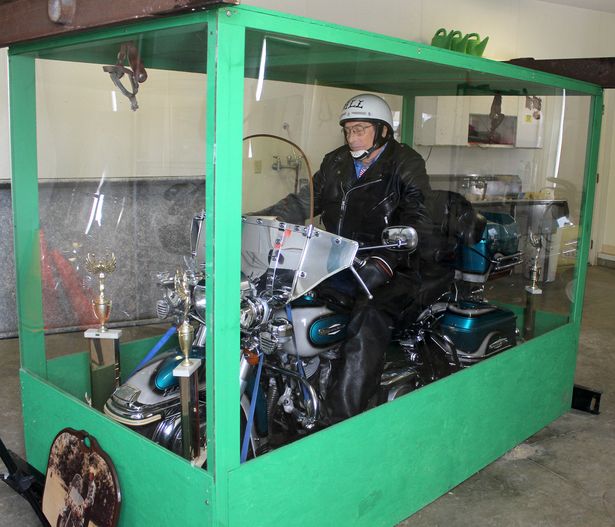