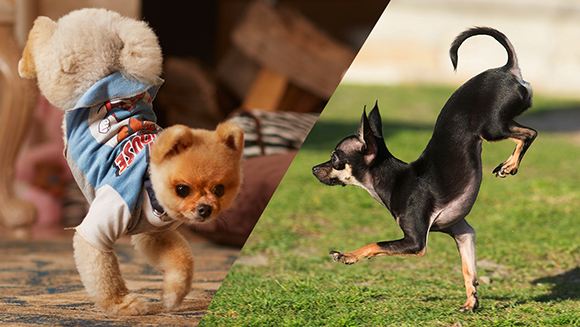 This is Konjo. He is a chihuahua and he is the fastest dog on two paws, because that is an actual title that he won.

“Konjo has claimed the title of fastest 5 metres on front paws by a dog with a time of 2.39 sec,” says the Guinness Book of World Records website, “smashing [former title holder] Jiff [the pomeranian]’s record of 7.76 sec. The attempt took place at Tustin Sports Park, Tustin, California, USA on 22 December 2014.”

How we’re only finding out about this now is anyone’s guess.

Here are some pictures of Konjo walking on his front paws, and video.